Men are killing themselves in record numbers, yet we refuse to talk about it. Men achieve all that they are told will satisfy them, and yet they can not see enough joy and hope in life to keep going. It is time to speak up and stop this silent epidemic of death against men and their families.

13 months ago I wrote a post on this website about dads who kill themselves and their kids.

You can find it here.

I listed some statistics on the rates of suicides amongst men that were available then.

As bad as those statistics were, the problem has got worst.  A lot worse.

It is an unspoken epidemic.

When someone famous ends their own life, for a brief time it does make the headlines and those who recognise the name wonder how it could happen.

We all ask WHY?

As if it is only the rich, famous, athletic and powerful who have no reason to kill themselves!

And yet most of the time, the fact that it was a suicide is not explicitly spoken.

There seems to be some unwritten understanding amongst journalists that the word “suicide” is not to be used, less it somehow pushes someone watching, listening or reading to kill themselves as well.

I’m here to tell you that this strategy of “not mentioning the war” IS NOT WORKING!

Last October, Australia held a census and in conjunction with it, the Australian Bureau of Statistics updated its figures on suicide rates.

And the figures are not good.

In just nine years, the suicide rate amongst males has:

And yet, we continue to get silence about suicide.

We hold some fear that talking about it will cause it to happen more.

I say that’s rubbish, at least until I see strong evidence to prove it to be true.

What we are doing now is not working.

In my opinion, it is the silence and associated stigma of mental illness, depression and thoughts of suicide that enables men to kill themselves without anyone really ever knowing that there was a problem until it is too late.

New Zealand All Black great Sir John Kirwin agrees, who himself had his own battles with depression.

He said people need to start talking about suicide more if they want to stop it.

“We need to teach mental health in the schools. We teach them maths and science, but not that things might not go to plan and you need to have your mental health in order,” he told Radio Sport.

Just this week my heart sank to read about the death at 37 years of age of a fallen giant.

His name was Dan Vickerman.

Dan was a South-African born Rugby Union star who played 85 times for Australia and was one of the best in his position to have taken the field for them.  He went to 3 world cups, stood over 2 meters tall and weighed well over 110kg.  Fearless, uncompromising and brutal to the opposition on the field.  Respected on and off it, by friend or foe.  He was a source of immense power and strength to his team and country. 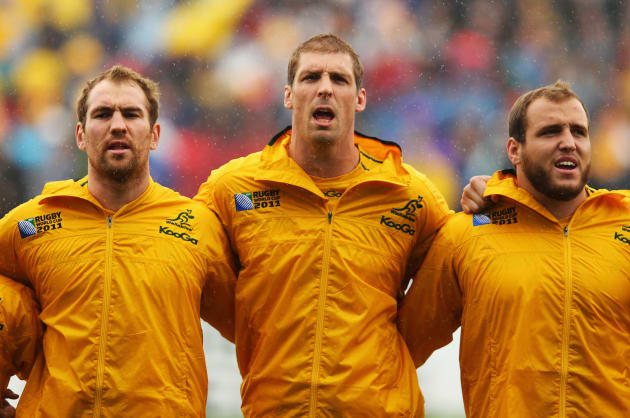 Some of his teammates and on-field foes had these words to say about him:

“Waking up to sad news about Dan Vickerman this morning. Always enjoyed playing against him. A real competitor and a great guy.” – Victer Matfield, pro footballer, South Africa

and from a former teammate,

“He was one of those players when you’re standing next to him in the change room and he’s running out next to you, you had so much confidence. He’s a guy that necessarily wasn’t the loudest in the team, but had the most respect from everyone playing with him. There’s so many positive memories of him on and off the field.” – Phil Waugh, pro footballer, Australia

He was also highly intelligent, having stepped aside from professional rugby in 2008 for a few years to study at Cambridge University in the UK, then returning to rugby for the 2011 Rugby World Cup.

He was also a family man with a wife and 2 young children.

He had also appeared to have made the transition from pro-sportsman better than most with a growing career in commercial real estate.

And ironically, he was heavily involved in helping other sportsmen to make the transition from professional sport to a more ‘ordinary’ life.

How Does It Go So Wrong?

The specific circumstances nor any answers in Dan Vickerman’s case are not publicly available.

But what will trouble so many is that here was a man who had a life that most men in this country would envy.  Look at the boxes he ticked:

Yet he took his own life.

I believe one of the problems that you and I face is that from when we are boys, we are sold a lie as to what will make us happy in life.

Suicide cuts across countries, ethnicity, sex and socio-economic situations.  Do a search on famous men who’s son’s and daughters killed themselves.  Having a silver spoon should mean a happy life, shouldn’t it?

Six Australian men per day are deciding that life no longer has anything to offer them.

According to Wikipedia, the USA has a similar rate to Australia at 19.4 male suicides per 100,000.  That adds up to about 80 men dying PER DAY from suicide in the United States.

Only One Way To Fill A Heart Sized Hole

My kids used to watch a DVD series called “Donut Man”.  You can still find it online.

The catchy theme song said that:

Life without God’s love is like a donut, there’s a hole in the middle of your heart – Rob Evans, Donut Man

And that my friend, is the problem and the solution.

You and I were designed to have a close relationship with our creator – Almighty God.

Yes, a relationship.  Not as servant v king, but as sons of a Father who made us and loves us.

We have a hole in our hearts like a doughnut when we do not have that relationship.

Why does this make a difference? because only He can fill that hole.

Of course, it isn’t a physical hole in our heart, but a need that we were created with to know our creator, to understand His will and His purpose for our lives.  The best way to protect against suicide is to be unconditionally accepted, loved, forgiven, loved some more and to have a purpose that is meaningful and eternal.

For God so loved the world, that he gave his only begotten Son, that whosoever believeth in him should not perish, but have everlasting life – John 3:16 KJV

And while he does ask that we turn from our wicked ways because He is a Holy God our wicked ways hurt us and others, he does still love us and longs for us to love him back:

Give thanks to the God of gods. His love endures forever. – Psalm 136:2

Who shall separate us from the love of Christ? Shall tribulation, or distress, or persecution, or famine, or nakedness, or danger, or sword? – Romans 8:35 ESV

(To read the full passage of Romans 8:31-39 that answers this question, find it here)

and when you need help in times when you don’t think there is any hope left, turn to your loving Father in heaven.

I lift up my eyes to the hills.
From where does my help come?
2 My help comes from the Lord,
who made heaven and earth.

3 He will not let your foot be moved;
he who keeps you will not slumber.
4 Behold, he who keeps Israel
will neither slumber nor sleep.

and the rest of Romans in answer to the question above:

For I am sure that neither death nor life, nor angels nor rulers, nor things present nor things to come, nor powers, 39 nor height nor depth, nor anything else in all creation, will be able to separate us from the love of God in Christ Jesus our Lord. Romans 8:38-39 ESV

May God bless you, thank you for reading, and if you are struggling, I encourage you to reach out to a trusted friend for help.

Originally published on RealMen24/7. Image by Warren Wong on Unsplash.

About the Author: Guy Mullon

Guy is a former corporate manager, then funds manager, financial services responsible manager and company director turned entrepreneur. These days Guy is a busy husband and father of 9 children, online author, speaker and coach. Guy is the founder and one of the main contributors to Real Men 24/7, through which he seeks to help men who are 'stuck' get moving again to a life with a plan and purpose.